Is tap water safe to drink in New York City?

Legally – yes. But that doesn’t necessarily mean that the water is safe to drink. That needs an explanation. Getting a passing grade from the federal government does not mean that the water meets the latest health guidelines. Legally, the tap water in New York city meets all the legal limits, but these limits are non health-protective: the tap water standards are almost 20 years, and some 40 years old. Partly because of this, the permitted amount of lead in the water is a lot higher than it should be, considering the health of babies and pregnant woman. The reason for this is because the pipeline system in New York is relatively old. That means there’s a large chance that lead and other heavy metals will end up in the drinking water. Moreover, a high level of chloride is used to disinfect the water during transport. What this all means, will be explained extensively in this blog.

Where does the NYC tap water come from?

Together with 5 other metropolitans, is NYC one of the few cities where unfiltered surface water comes out of the tap. As you might expect, surface water comes from the surface of our globe (think of: rivers, lakes and ice). The main tap water source is Croton Watershed: almost 90% of NYC tap water originates from here. The other 10% comes from Catskill & Delaware Watershed. An interesting little detail that stands out here: the water is unfiltered. The watersheds are one of the cleanest sources of the entire continent. Therefore, NYC is not officially imposed to filter the water.

Although the water is not filtered, during transport a lot of chlorine is added to disinfect the water and avoid bad tastes that occur because of the old pipelines. Once arrived in the city, something else comes up. NYC has many old buildings. Logically, old building have old pipelines – made of lead. These pipelines often leak lead, which is dangerous for the health of young kids and pregnant women.

In 2019, the Environmental Working Group (EWG) conducted a research into the quality of drinking water in NYC. “Just because the water is legal, doesn’t mean it’s safe to drink” EWG stated in their report. The independent organization shows that the standards have not been amended for over 20 years and that some standards are even older than 40 years. Their research also show that a total of 16 contaminants are detected in the drinking water, of which 8 have specific cancer enhancing effects, such as chloroform, bromodichloromethane and TTHMs.

“8 CONTAMINANTS DETECTED WITH THE POTENTIAL EFFECT OF CANCER”

90% of the samples collected by the EWG contained less than 11 ppb (parts per billion) of lead. In principle, this complies with government regulations. But again, this rule has not been amended for 20 years. Recent models of the EWG show that a lead concentration between 3.8 to 15 ppb increases the blood lead level of babies. This is dangerous because it could affect children’s IQ. Precisely for this reason, the California Office of Environmental Health Hazard Assessment introduces a public goal to reduce the level of lead to 0.2 ppb. Compare this to 3.8-15 ppb that’s found in NYC tap water. So, once again; legal means not necessarily safe.

What about bottled water?

Not surprisingly, New Yorkers are avid ‘bottle users’: they purchase bottled water with the value of 1 billion per year. However, 25% of the bottled water is ordinary water from public facilities, but then filtered – for a premium price (shown by NRCD).

Bottled water is not only a waste of money, but it also contributes enormously to the pollution of our planet. Fortunately Bill de Blassio (NYC’s mayor) has signed an executive order to ban the sale of plastic bottles in places owned by the city. As a result, 1 million less single-use plastic bottles should be used annually. Way to go, Bill!

Aquablu conducts extensive research into the quality and safety of drinking water everywhere. Would you like more information about the true water quality in your region too? Contact us and we will be glad share with you. 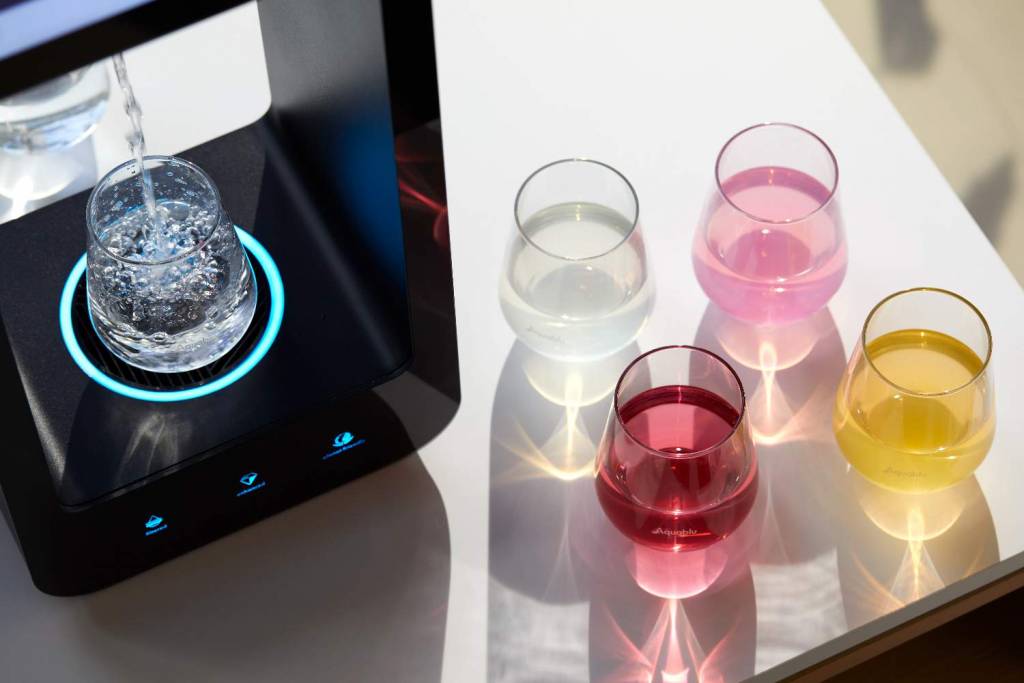 Looking for a healthy alternative to sugary drinks? Then you are at the right place. In this article we will give you options for drinks 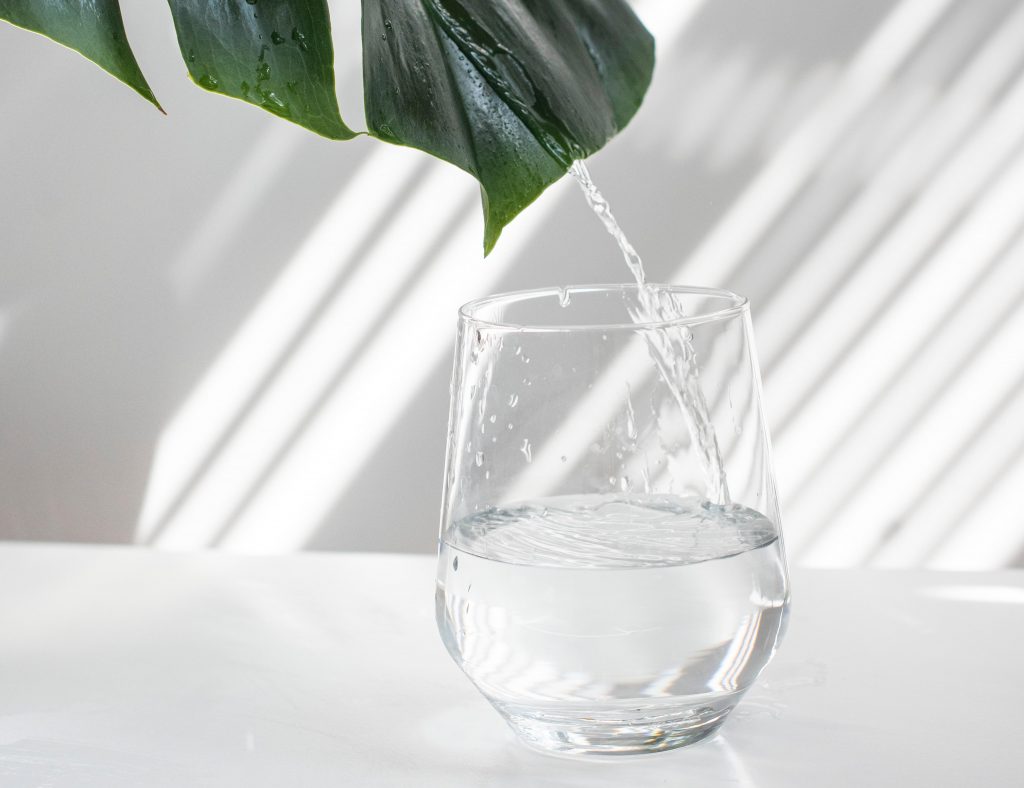 The cleanest drinking water in the world

Clean drinking water that flows from the tap in unlimited amounts: really quite a luxury, isn’t it? You can use it to make coffee, ice cubes and to brush your teeth. A sip of refreshing water, available whenever you feel like it. 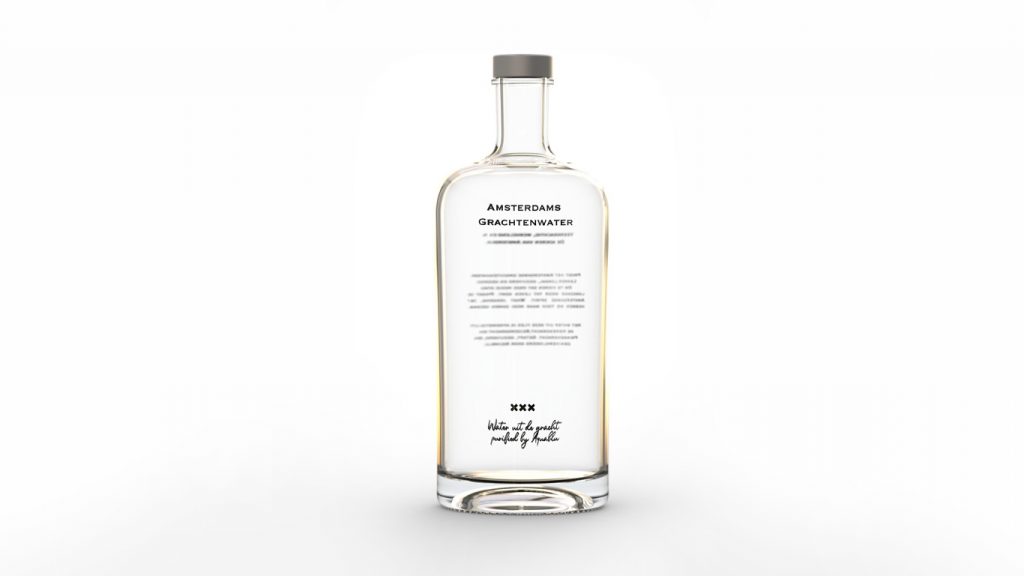 Amsterdams Grachtenwater – drinking water from the canal, that is.